Being One With The Lord In Spirit 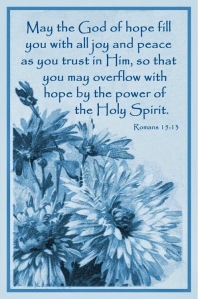 In today’s Bible study we will finish up the sixth chapter of First Corinthians, beginning at verse 12. The apostle Paul had just finished writing to the Corinthian church about settling legal matters and scriptural disputes from within the congregation, out of the view of non-believers. He has warned them that those persons who practice this and other forms of evil, particularly in church, will not make it into heaven when their lives are over. Apparently there was some dissent from within the Corinthian church about this teaching, with at least a few believers taking the position that if something they say or do does not bother the conscience of that believer, then it shouldn’t bother anyone else either. Although I’m not sure what Paul was originally referring to, it appears that some people in that church were saying that if anything was said or done that offended someone else but not themselves, then that becomes the other person’s problem. Paul responds directly to this line of thinking beginning in verses 12 and 13:

So now we can see that Paul is responding that just because something that we say and do is permissible for us, doesn’t make it right when it offends or sins against others. I’m sure that’s what he was thinking when he wrote, “Everything is permissible for me, but not everything is beneficial. Everything is permissible for me, but I will not be mastered by anything.” For example, I would never consider inviting a vegetarian friend to my apartment for a nice dinner and then serving steak. I would never consider inviting a bunch of recovering alcoholics to my apartment for a nice dinner and then serve wine with the meal. You get the idea. Real Christians don’t do things in front of other believers that offends them even if we think its okay for ourselves. Had I had done either of the two things that I mentioned above, then that would amount to a sin on my part against those other believers. The people in my example did not sin by what they did in God’s eyes, but in that case it would be myself who sinned against them and against God by being an enabler for sin. Paul then closes this portion of his train of thought by reminding all believers that as this applies to the consumption of food and drink, so it applies to our sex lives. As Paul wrote about “not [being] mastered by anything”, he warns us all that the same thing applies from a moral viewpoint, beginning at verse 14.

“By his power God raised the Lord from the dead, and He will raise us also. Do you not know that your bodies are members of Christ Himself? Shall I then take the members of Christ and unite them with a prostitute? Never! Do you not know that he who unites himself with a prostitute is one with her in body? For it is said, ‘The two will become one flesh’. But he who unites himself with the Lord is one with Him in Spirit.” (I Corinthians 6, verses 14-16 NIV)

In this portion of his letter to the Corinthian church, Paul applies whatever believers think about their sex lives to Christ’s resurrection, connecting it with the ultimate resurrection of all true believers (that is, those who keep themselves pure). As Christ Jesus has risen from the dead unto immortality, so it will be for all who truly believe in the sanctifying power of His blood. None of us can risk being found wanting at the end of our physical lives here on earth because that could result in eternal death in hell as opposed to eternal life in heaven with God. To live our lives in any other manner is, as Paul writes, comparable to hopping from one prostitute to another. He then closes this portion of Scripture with an admonition to the Corinthian church.

“Flee from sexual immorality. All other sins a man commits are outside his body, but he who sins sexually sins against his own body. Do you not know that your body is a temple of the Holy Spirit, who is in you, whom you have received from God? You are not your own; you were bought at a price. Therefore honor God with your body.” (I Corinthians 6; verses 18-20 NIV)

As Paul warned the early church back in chapter five, when he told them to “expel the immoral brother from among you”, so he warns them again in these closing verses of chapter six, “Flee from sexual immorality”. Don’t just avoid it, Paul is warning us, but turn and run from it when you encounter it. We all encounter sexually immoral people at some point in our lives. Paul warns us that getting involved in sexual immorality of any kind can do more damage in our lives than any other kind of sin. Sexual immorality spreads sexually transmitted diseases, ruins marriages, and results in crimes of passion. Nobody wants to get involved with something that can result in sickness, ruined lives and untimely death.

Let this be a lesson for all of us and a part of our guide for daily living. Let’s follow Paul’s example and his instruction for the mutual benefit and edification of all the church, from all faiths and denominations. After all, the second coming of Christ is drawing ever closer, and this is a day that we should all be preparing ourselves for. One of the ways we can do this is to steer clear of sexual immorality for the express purpose of keeping our hearts and thoughts pure for Christ. Remember what Jesus said about this in the Sermon on the Mount: “Blessed are the pure in Spirit, for they will see God.” Because if we don’t keep away from openly immoral people, we will be setting ourselves up for a lifetime of sickness and regret, and possibly even an early death. Pray about this for the rest of this week, and ask God what you can do to be more pure for Him. Your life and your walk with Christ will improve proportionately as a result, and you will be a better witness for Jesus than you ever thought possible.