Justified By His Grace 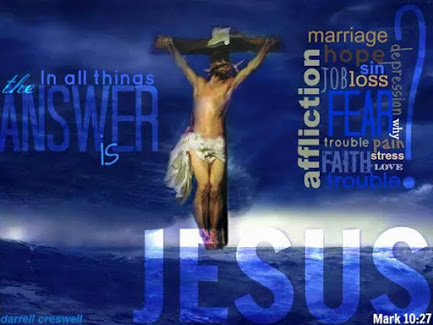 Today we will be finishing the book of Titus by dissecting chapter three, the final chapter of this small but mighty book of the apostle Paul. In last week’s study of chapter two, Paul warned Titus to steer clear of the trappings of the world and materialistic living and to cling to the salvation and saving grace of Jesus Christ. You not doubt remember what I wrote toward the end of the study about living half our lives for Jesus while living the other half for our own selfish reasons. There is no straddling the fence with Jesus. We must be either on His side or not, and anyone who is not cannot still be saved from eternal death. It was Jesus himself who said, “Anyone who is not for me is against me”, and elsewhere He said, “He who does not gather with me, scatters”. Bearing that in mind, let’s start today’s study beginning at verse one.

“Remind the people to be subject to rulers and authorities, to be obedient, to be ready to do whatever is good, to slander no one, to be peaceable and considerate, and to show true humility to all men. At one time we too were foolish, disobedient, deceived and enslaved by all kinds of passions and pleasures. We lived in malice and envy, being hated and hating one another. But when the kindness and love of God our Savior appeared, he saved us, not because of righteous things we have done, but because of his mercy. He saved us through the washing of rebirth and renewal by the Holy Spirit, whom he poured out on us generously through Jesus Christ our Savior, so that, having been justified by his grace, we might become heirs having the hope of eternal life. This is a trustworthy saying. And I want you to stress these things, so that those who have trusted in God may be careful to devote themselves to doing what is good. These things are excellent and profitable for everyone.” (Titus 3, verses 1-8, NIV)

The apostle Paul spelled out the marching orders of every serious Christian right here in this relatively obscure passage of Scripture. Let’s remind ourselves every day to be subject to, obedient to (within reason, of course), to be peaceful and considerate to, and to show true humility to everyone without hesitation, qualification or rationalization. I think that’s about as clear a message that can be said on this topic. “At one time we too were foolish, disobedient, deceived and enslaved by all kinds of passions and pleasures. We lived in malice and envy, being hated and hating one another.” The key words here are ‘deceived’ and ‘enslaved’. That is exactly what sin is, so for a good and quick definition of sin, just quote Titus 3 and verse 3 listed above. But Paul also equated sinfulness with foolishness, lowering it to the same level as stupidity or willful ignorance. That connection that Paul drew for us with his words equates sinful people with those who are haters, who live only for themselves, or folks who are mean and judgmental, and there are plenty of them out there.

“But when the kindness and love of God our Savior appeared, he saved us, not because of righteous things we have done, but because of his mercy. He saved us through the washing of rebirth and renewal by the Holy Spirit…”. We are saved by God’s mercy and his grace, and by no other means is this possible. It doesn’t matter who we are, what we’ve done, or how we did it. It doesn’t matter where we’ve been, either. Our physical acts, in and of themselves, cannot save us. Then how can anybody be saved? By the mercy and grace of Jesus Christ, God’s only Son, who shed his blood for the forgiveness of all of the combined sins of all humankind! The phrase “washing of rebirth” refers to water baptism, whereas renewal by the Holy Spirit is what it takes to be truly “born again”. Water baptism is from the outside in, but Holy Spirit baptism is from the inside out. That is the distinct difference between the two.

This same Holy Spirit is even now being “… poured out on us generously through Jesus Christ our Savior, so that, having been justified by his grace, we might become heirs having the hope of eternal life.” Gaining eternal life is the reason we worship, it is the reason we believe in, and it is why we believers so passionately follow our Savior and King Lord Christ Jesus. This is what keeps us Christians motivated – the hope in Christ of never having to taste death. Everything else in all creation pales in comparison! “These things are excellent and profitable for everyone.” That pretty much sums up Paul’s entire letter right there. It also defines who I am and how I carry myself, but it also defines how other people see me since I have been diligently conducting myself throughout the last 23 years of my Christian life. I make sure that people see me that way, that they can see the Holy Spirit dwelling inside of my heart as an example for them to follow. I mean, after all, since I’m a pastor I view doing this and conducting myself this way as part of my job description as well as my duty, but I also approach it as something very rewarding for its own sake. This Holy Spirit indwelling, which is a privilege to have and to keep, is something I must work at every day in order to maintain it. Like a car that periodically needs an oil change, the presence of the Holy Spirit inside oneself must be refreshed regularly. Holy Spirit baptism and the indwelling thereof is, then, an ongoing and lifelong process. Plus, it’s a lifetime commitment, similar to a marriage. Having said all that, let’s conclude today’s study starting at verse nine.

“But avoid foolish controversies and genealogies and arguments and quarrels about the law, because these are unprofitable and useless. Warn a divisive person once, then warn them a second time. After that, have nothing to do with him. You may be sure that such a man is warped and sinful; he is self-condemned. As soon as I send Artemas or Tychicus to you, do your best to come to me at Nicopolis, because I have decided to winter there. Do everything you can to help Zenas the lawyer and Apollos on their way and see that they have everything they need. Our people must learn to devote themselves to doing what is good, in order that they may provide for daily necessities and not live unproductive lives. Everyone with me sends you greetings. Greet those who love us in the faith. Grace be with you all.” (Titus 3, verses 9-15, NIV)

“But avoid foolish controversies and genealogies and arguments and quarrels about the law, because these are unprofitable and useless.” As before, Paul was referring to those who continued to insist that the Old Law, which was what the Jews call the Law of Moses, must be practiced with the New Law – the law of Christ – rather than in place of it. As you can see, this teaching was and is heretical by any Christian standard. The early Christians were mainly Jewish converts who believed that Jesus was the promised Messiah, whereas the Jews of that time, as it is today, do not believe such and erroneously still await Jesus’ arrival. So these non-believing Jews would show up unannounced back then at Christian services every Sabbath (and where Jews were also in attendance), presuming to correct the “error” of the ways of early Christians. Arguments and even fights would ensue, and the whole service would be ruined, which was their secret goal since they refused to believe that Jesus Christ was the promised Messiah and the Son of God. Paul held nothing back in his sharp criticism of these people and the discord they were sowing in the next verse when he wrote, “Warn a divisive person once, then warn them a second time. After that, have nothing to do with him. You may be sure that such a man is warped and sinful; he is self-condemned.” It is one thing to refuse to believe in Jesus. It is another thing altogether when those who refuse to believe try to dissuade others, particularly the new believers whose faith was still in its infancy and so was the most vulnerable at that time. In so doing, these kinds of people lower themselves to being little more than opportunistic spiritual predators. Much the same thing still goes on in certain churches today, as you know.

“Our people must learn to devote themselves to doing what is good, in order that they may provide for daily necessities and not live unproductive lives.” Instead of instigating division and strife, Paul wrote, do something constructive for a change! Do whatever it takes to continually build up and add to God’s true Church. Never mind all the “niche” denominations – hundreds and hundreds of them altogether – and all the time they waste preaching against the preaching of others, or against others who are not like them such as people of color, and especially those churches that preach hate. Churches, pastors and their senior leadership can’t do any such thing and still call themselves churches. “He who does not gather with me, scatters”, Jesus said to his apostles and the others who were there. To the best of my recollection, it’s in all four Gospels. We are either for Christ or we are against him, there is no middle ground! When Paul wrote that we are “to devote themselves to doing what is good”, I think a better translation would be that we are to be blessings to others. Those who devote themselves to this quickly get to the point that people are happy to see them as they come and go. And in all of our dealings with everyone, whether for Spiritual, business, or personal reasons, we should practice this. So, as your assignment for this week, I want you all to practice the virtue of being a blessing to others, be it friends, family or strangers. This is a good and very practical way to live for Jesus Christ.