The Birth of John the Baptist 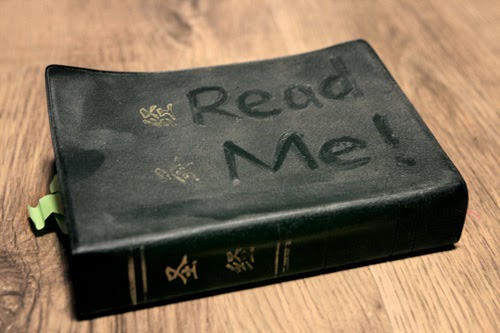 For today’s lesson, we’ll be finishing up the rest of Luke chapter one, which is a pretty long chapter as far as Scripture is concerned. So far we have learned that Luke’s gospel was written – in all likelihood – when the apostle Luke was an elderly man, and that this is actually a long letter to a gentleman named Theophilus composed for posterity’s sake, something like a 1st century version of a blog posting. We have also studied the circumstances surrounding the conceptions of Jesus Christ and John the Baptist, including the story of Zechariah the Levite priest who, when told he would become a father even though he was of old age, asked one single question – ‘how?’ – only to be rendered mute by the angel who visited him until the birth of his son for questioning the will of God. The remainder of this chapter completes that process, as we shall soon see. So, let’s take up where we left off beginning at verse 57.

“When it was time for Elizabeth to have her baby, she gave birth to a son. Her neighbors and relatives heard that the Lord had shown her great mercy, and they shared her joy. On the eight day they came to circumcise the child, and they were going to name him after his father Zechariah, but his mother spoke up and said, ‘No! He is going to be called John.’ They said to her, ‘There are no relatives among you who has that name.’ Then they made signs to his father, to find out what he would like to name the child. He asked for a writing tablet, and to everyone’s astonishment he wrote, ‘His name is John’. Immediately his mouth was opened and his tongue was loosed, and he began to speak, praising God. The neighbors were all filled with awe, and throughout the hill country of Judea people were talking all about these things. Everyone who heard this wondered about it, asking, ‘What then is this child going to be?’ For the Lord’s hand was with him.” (Luke 1, verses 57-66)

You will recall from part one of our study of this chapter that Elizabeth and Zechariah had conceived a child even though they were elderly, and what a miracle that was! Keep in mind the average life span back then was 40-45 years of age, and that since life was a lot harder people tended to age much more quickly. Elizabeth and Zechariah were likely older still, probably in their 50’s or 60’s, so Elizabeth’s pregnancy was most assuredly miraculous in every sense of the word. “On the eighth day they came to circumcise the child”, refers to Genesis chapter 17, where male circumcision was first made mandatory. “They came” refers to coming to the Temple at Jerusalem, which was where the circumcisions were performed in those days.

The other thing that really stands out here, at least to me, is this couple’s complete agreement on the baby’s name despite the fact that Zechariah couldn’t speak. As we found out in part one of this Bible teaching, Elizabeth’s baby was filled with the Holy Spirit from the moment he was conceived. So both Zechariah and Elizabeth insisted that the child’s name was John because that’s what they had been told in advance by the visiting angels. They also had foreknowledge of the baby’s gender for the same reason, and all this at a time when knowing the gender of an unborn child prior to its birth was unheard of. It was for all these reasons that the people in the Judean hill country (this would be the higher elevations of the West Bank area today) were so awestruck by this series of events. “Everyone who heard this wondered about it, asking, ‘What then is this child going to be?’” So it can be clearly seen that everyone knew this was going to be a special child, completely out of the ordinary. And now let’s conclude today’s Bible study beginning at verse 67.

“His father Zechariah was filled with the Holy Spirit and prophesied: ‘Praise be to the Lord, the God of Israel, because he has come and he has redeemed his people. He has raised up a horn of salvation for us in the house of his servant David (as he said through his holy prophets of long ago), salvation from our enemies and from the hand of all who hate us – to show mercy to our fathers and to remember his holy covenant, the oath he swore to our father Abraham: and to enable us to serve him without fear in holiness and righteousness before him all our days. And you, my child, will be called a prophet of the Most High: for you will go on before the Lord to prepare a way for him, to give his people the knowledge of salvation through the forgiveness of their sins, because of the tender mercy of our God, by which the rising sun will come to us from heaven to shine on those living in darkness and in the shadow of death, to guide our feet into the path of peace.’ And the child grew and became strong in the Spirit; and he lived in the desert until he appeared publicly to Israel.” (Luke 1, verses 67-80)

Zechariah knew when he wrote on that tablet, “His name is John”, that he would get his voice back, but he also knew when it was in his best interest to just go ahead and believe God. Everyone has seen or experienced this very thing at some point in their lives. There are times when it seems to us that God must have taken a break and left our very fate open to question. Things will seem to be going haywire all at once in spite of our best efforts, and we sometimes don’t know why this is so. I have no doubt that Zechariah’s inability to speak for nine months straight took a heavy toll upon him. In much the same way, things continuing to go wrong in our own lives for what seems like no logical reason can at times take a heavy toll on us as well. Living for Christ can be stressful at times because we live in an anti-Christ world. Just look around you and you, too, will conclude that our overall situation is rapidly deteriorating. Indeed, we are headed for a major war, something I just posted about this past weekend. (please see http://wp.me/p4uvMi-fT)

Yet God has been trying to “guide us into the path of peace” throughout humankind’s recorded history. This anti-Christ world will continue for the near future, and it’s going to get a lot worse, especially for those who are ardent Christians. But that is the price we must pay to prove our faith, because Jesus has already paid the ultimate price to save all of us. It is up to us to reciprocate as best we can because Jesus has already saved us, if only we will believe. If there is anyone reading this who has not believed in Jesus up to this point, I implore you to embrace him as your Savior while you have the time and the opportunity! Please don’t delay because things are winding up very quickly, and current events will soon take a turn for the worse. It is not enough to simply “accept Jesus” as some denominations erroneously teach. Don’t just accept him, as if we’re doing Jesus a favor – embrace him wholeheartedly! Your world will be much better because of it, so claim the eternal salvation of Jesus Christ today, a salvation that has been yours all along! Enjoy your new relationship.