Congress and the President Had Better Learn to Work Together, or They Will Face the Wrath of the People 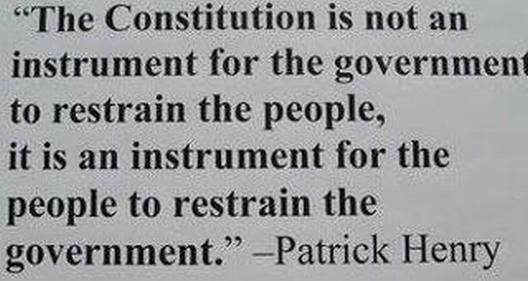 There is a well-known quote from the Book of Romans in the New Testament that says, “Everyone must submit themselves to the governing authorities, for there is no authority except that which God has established. The authorities that exist have been established by God. Consequently, he who rebels against the authority is rebelling against what God has instituted, and those who do so will bring judgment on themselves. For rulers hold no terror for those who do right, but for those who do wrong. Do you want to be free from fear of the one in authority? Then do what is right and he will commend you. For he is God’s servant to do you good. But if you do wrong, be afraid, for he does not bear the sword for nothing…..” (Romans 13, verses 1-4). These four verses of scripture are still just as valid today, 20 centuries later. Unfortunately, these verses can be and have been used grossly out of context in the past, with Adolf Hitler being the most infamous example (Hitler was a Catholic).

I have known a few evangelical pastors and far more “Christian conservatives” in my 61 years on this great planet Earth (or at least what’s left of it) who have similarly misused these verses. They were all sure they were right and that every other person not of their faith, or who dared to disagree, was going to burn in hell forever. For decades these “Christians” have taught their racist, homophobic, divisive and hate-based message that has driven away so many millions of souls they should have been winning over to Christ! Consequently, I have come to the conclusion that some of the “religious” people that I’m writing about need to find something else to do with their lives. Instead, maybe they could try selling cars, especially since some TV evangelists have about the same level of credibility. Or better yet, they could become truck drivers – you know, see America and all that jazz. Just hit the road, Jack, and don’t you come back any more! Let the truly committed and dedicated followers of Jesus do the works of faith and perseverance in spreading the Gospel of Jesus, and may the pretenders have enough sense to step aside so the productive people can work!

One thing that has changed about those verses of scripture since they were first written down is the advent of representative democracy. Although I could argue that representative democracy, where a full time elected official goes to Washington on our behalf, is in the process of being replaced with direct voter participation democracy, where the voters and the government will be directly connected on the Web (congressional and senate representatives would be reduced to part time employees), I will set that aside for now. Suffice it to say that, thanks to the Bill of Rights, particularly the second, fourth, fifth and eight amendments, Romans 13: 1-4 has become a 2-way street! Although people should rightfully fear criminal prosecution (“he does not bear the sword for nothing”), the US Constitution – our supreme law of the land – is written in such a way that our elected government is responsible to the people. Since our right to “keep and bear arms” is spelled out in the Second Amendment, the American people do not bear their ‘swords’ for nothing, either! As Patrick Henry, one of the many heroes of the American Revolutionary War, famously said, “The Constitution is not an instrument for the government to restrain the people, it is an instrument for the people to restrain the government.”

As a result of all this, the conservative paradigm, where all of the power – political, economic, executive, legislative and judicial – is being concentrated in the hands of a few, is in the process of being replaced by a more populist agenda, particularly with respect to president Trump. The Internet is decentralizing everything. Moreover, the American people are arming themselves to the teeth in response to government bullying, including things like Standing Rock South Dakota, the epidemic of police shootings of unarmed Black men, the outsourcing of millions of American middle class jobs, the poisoning of our food and water, and I could go on and on! Then there is the ticking time bomb of inequality, with 99% of the wealth in the hands of 1% of the world’s population. They are in the process of turning our country into one big minimum-wage sweatshop, and those who comprise this top 1% of America’s economic pie are seeking to end the rule of the people here in the USA. When they are finished, they will own all the property that is left in the US and we will all be paupers. As a direct result of all these things and many more, people are beginning to take a noticeably more Progressive (but not necessarily “liberal”) stance on all of the above, and that includes our religious faith (nonreligious people excluded). Progressive Christianity means faith that is focused sharply on Jesus Christ without all the added dogmas of religious denominations, minus the spiritual pollution of conservative politics, and without condemning any faith or group of people whether Christ-based or not.

Curiously enough, the majority of those in the top 1% consider themselves ‘Christian’. As such, they truly believe that those who have not been “saved” like they are (or as they see themselves), are not as enlightened as they are (LOL). Due to their own perceived ‘superiority’, they expect us to believe that we are incapable of knowing what is best for ourselves, and that because of this we are in need of supervision (a.k.a. centralized government). You should also know they do not believe that even centuries-old Christian communities (Catholics, Anglicans, Greek Orthodox, etc.) are “saved,” only those who are Christian political conservatives. I’ve seen this first hand, and it’s not pretty.

You might be thinking that a minority fundamentalist group of zealots can’t really take over the direction of a country, right? Well, just look at the Bolshevik revolution in Russia in 1917, that’s exactly what the Communists did. They pulled it off with just a few thousand soldiers and about as many mercenaries. In modern times, look at Iran or the countless other places (until recently, Hugo Chavez’s Venezuela) where people have allowed this to happen. But thanks to the Second Amendment, I do not believe that could happen in America. Does anyone seriously think that all the US population is really going to sit back and watch a few thousand people pulling off an armed coup against the US government without wanting to jump up and do something about it? I should think not! They have already begun to attack all sources of accurate information. That’s the reason former Minnesota governor Jesse Ventura fled the United States and now resides in Mexico. Public radio and network TV were first, then came cable TV, along with the museums and school textbooks. Just listen to them argue against the scientific facts about the environmental peril our planet is facing, just because it does not fit in with their ideas. The 1% elitists represent a clear and present danger to America and the world. The only way to stop them as I see it is to find a way to cut off their money supply, and that would involve a tax revolt of some kind or another. We had better do something very soon!

If I told you that the Amish in Pennsylvania were running for public office in record numbers with the intention of outlawing electricity and forcing others to act, dress and think like them, you would not believe it. Well, that is exactly what is happening in America, only it is not the Amish, it is the Christian fundamentalists and extreme right-wingers. It is not outlawing electricity, it’s placing limits on being a human with free will. Enjoying art and music, loving the person of your choice, dancing – the things that fundamentalists call “sins” – are a big part of what it means to be a human. Instead of funding education, technology development, research into advances in medicine and science, conversion to clean energy and a new low-voltage, digital power grid, and the development of space exploration, we are devoting all available revenues to war and killing. Waging war and profligate military spending are the first things that have to stop if we’re going to improve life on this planet of ours. After all, it’s the only one we have, and thanks to an emerging awakening people everywhere are figuring this out. As a result, a lot of personal growth is currently taking place, and that’s always a good thing!

The good news is that we are witnessing the beginning of a new era in human existence. While we watch the demonstrations across the country against the US election results, we continue to witness the civil war in Syria, the human barrage of economic and wartime refugees in Europe and North America, the accelerating concentration of wealth into the hands of a few, and the growing exasperation and anger of the American people, we are seeing a great truth – that people have within them the natural desire to be free. It is so sad that as the people of the world are fighting for freedom, we here in the United States are going in the opposite direction. The far right, under the control of Christian fundamentalists, is declaring an all-out war on human progress. We must absolutely, positively fight back. After all, the consequences of not acting are very serious. We are not just fighting for ourselves. We are struggling to protect the future generations of Americans who will suffer from these ruthless actions of the far right. We are speaking out against the measures being taken against those in our community who can least afford to be marginalized. This system of enforced inequality is going to fall one way or the other because it is unsustainable. As the late President John F. Kennedy once said, “Those who make peaceful revolution impossible, will make violent revolution inevitable”.