The following satirical quote from this book, first published in 2011 and now in its 3rd updated edition, is even more true today than ever before. 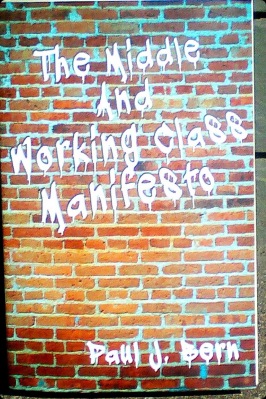 An Open Letter To The American People

From: The elected American government

To: The American People

We are your new un-elected government, and we have secretly been in control ever since November 22, 1963. You may continue to elect anybody you want so long as you all understand that we alone control your country and your destiny from behind the scenes. This is a hijacking, so keep your head down, don’t make waves, and you probably won’t get hurt. The Kennedy brothers and Rev. Dr. Martin Luther King, Jr. are examples of what might happen if anyone steps too far out of line. Oh, and don’t forget to spend every dollar you earn on all the crap we’ve been selling you for generations. We’ll keep you broke, powerless, unhealthy and stupid for your entire lifetimes just because we can. We don’t believe that any of you were intended for anything more than that anyway, so everybody should go ahead and take the easy way out by not fighting back, just as we have planned. That way your spirits will be forever broken and you’ll never be able to muster the resources to take back your country. Besides, we can and do obliterate anybody who dares to try and challenge our authority, and we are building more and more prisons each year to warehouse those who hate us. Do as you’re told and you’ll get to live a mediocre existence at best. We swear to keep you from discerning this criminal conspiracy by flooding your senses with meaningless and unbelievably stupid television shows, addictive video games, deadly cigarettes, endless alcoholic beverages and dangerous pharmaceutical drugs. That way, you will all be too stoned to care what happens to you. Thank you kindly for your attention. You may now resume your normal dull routine.

President of the United States Watch the video http://youtu.be/VZguRDJmCqc

There’s something happening here, What it is ain’t exactly clear

There’s a man with a gun over there, Telling me I’ve got to beware

I think it’s time we stopped, children, What’s that sound

Everybody look what’s going down — the Buffalo Springfield, 1968