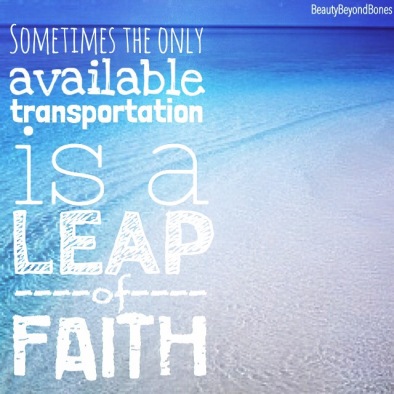 Last week when we left off in part 2 of Acts chapter 2 at verse 35, the apostle Peter – filled with the Holy Spirit – was vigorously explaining the sound of a hurricane-force wind combined with the apostles and others present with them speaking in other languages, which they had not previously known. This understandably bewildered everyone within earshot, which was quite a few people considering they were near the center of town. Seeing that the crowd that formed outside the building where the 120 were staying was turning into a mob, the Twelve (which now included Matthias) came out to address the crowd. Peter quotes the Word of God liberally and with great precision as he uses the Scriptures to explain what has just occurred. This week as we finish up chapter 2, we will conclude our examination of Peter’s first ‘sermon’ followed by a quick look at how the early Church operated. The differences between then and now are striking!

“‘Therefore let all Israel be assured of this: God has made this Jesus, whom you crucified, both Lord and Christ.’ When the people heard this, they were cut to the heart and said to Peter and the other apostles, ‘Brothers, what shall we do?’ Peter replied, ‘Repent and be baptized, every one of you, in the name of Jesus Christ for the forgiveness of your sins. And you will receive the gift of the Holy Spirit. The promise is for you and your children and for all who are far off – for all whom the Lord our God will call.’ With many other words he warned them, and he pleaded with them, ‘Save yourselves from this corrupt generation.’ Those who accepted his message were baptized, and about 3,000 were added to their number that day.” (Acts 2, verses 36-41)

Let me paraphrase what the apostle Peter was saying to the crowd. It would be something similar to this: ‘Hey everybody, you know Jesus of Nazareth, that dude you helped crucify on the morning of Passover? You do recall the choice you made that day between him and Barabbas, don’t you?’ Then Peter connects this with the scriptural quotes he recited from the books of Joel and Psalms, which most of the crowd understood since Jerusalem was mainly a Jewish city. Moreover, having been on the periphery of Jesus’ mock trial, Peter undoubtedly recognized some of their faces as having been the ones who shouted, “Crucify him!!” the loudest. “When the people heard this, they were cut to the heart and said to Peter and the other apostles, ‘Brothers, what shall we do?’ Peter replied, ‘Repent and be baptized, every one of you, in the name of Jesus Christ for the forgiveness of your sins. And you will receive the gift of the Holy Spirit.” Many of the people there were evidently devastated once they realized who Jesus really was, that in fact he was the actual Messiah, the salvation of his people the Jewish nation and all of humanity. Jesus was the real deal and they had not recognized him for who he was.

Peter’s response to their reaction is the same as it is today when people ask me what to do, seeking my advice, which I give out freely but only when asked for it. ‘Turn away from what you have done, all of you, and be baptized with a water baptism like that of John the Baptist. Then and only then will you receive the Baptism of the Holy Spirit.’ This simply means that water baptism must come first and Holy Spirit baptism after that. I have heard some professing Christians give testimonies about having received both baptisms at once, but I think the above scripture disproves that assertion; plus, those words came straight from Peter. The other thing we can take away from Peter’s words is that anyone who declines to be baptized – and we do have the freedom to choose – cannot be saved and will find themselves condemned with the very worst of humanity. They will burn along with all the dictators, murderers, arch-criminals and habitual sex offenders. That’s how important the 2 baptisms are to those who self-identify as Christians. Baptism of the water and of the Spirit (see John chapter 3, verses 1-8) are essential to everyone’s salvation. What is also essential is that these gifts must be received voluntarily. At no time does Jesus force anything on anybody.

“The promise is for you and your children and for all who are far off – for all whom the Lord our God will call.” This means it’s for everybody, no matter what race, ethnicity, skin color, nationality, age, gender or sexual orientation you are. God’s offer of reconciliation through his Son Christ Jesus is offered equally to all no matter what. It also means God can call anyone to serve him no matter who they are. He called Saul of Tarsus, a persecutor of Christianity who later became the apostle Paul, and who wrote one third of the New Testament. That being said, he has called me as well, although I consider myself a servant rather than an apostle – and, God can call you too. Has he? If he has and you haven’t yet answered, why not? What’s keeping you?

“….he pleaded with them, ‘Save yourselves from this corrupt generation.’ Those who accepted his message were baptized, and about 3,000 were added to their number that day.” They all got baptized, all 3,000 of them. It’s a good thing Peter had the other Eleven to help him, or it would have been a very long service! But what’s not being said here is that there were at least as many, or more, who rejected Peter’s message despite the overwhelming evidence of his truthfulness and the accuracy of his statements. All this in spite of the fact that the message was universal, for all of humankind. And now let’s move on to the second half of today’s lesson, starting at verse 42.

“The disciples were devoted to the teachings of the apostles, to fellowship, to the breaking of bread, and to prayer. A feeling of fear came over everyone as many amazing things and miraculous signs happened through the apostles. All the believers kept meeting together, and they shared everything with each other. From time to time, they sold their property and other possessions and distributed the money to anyone who needed it. The believers had a single purpose and went to the temple every day. They were joyful and humble as they ate at each other’s homes and shared their food. At the same time, they praised God and had the good will of all the people. Every day the Lord saved people, and they were added to the group.” (Acts 2, verses 42-47)

I am absolutely sure that the four things listed that the disciples were devoted to are listed in their order of importance. Not that any one is unimportant, but the teachings of the apostles came first, since their teachings are that of Christ Jesus, who is the Son of God. Second was what the Bible calls “fellowship”, which is an antique word for friends hanging out together to watch a ball game or have a cook-out, or maybe both. Except that in this case it was what we call ‘church’ today. A church service back then was a celebration. Today, it’s all over and done with in an hour or two. That’s it. And then churches today wonder why they are having a hard time keeping people in the pews! Maybe what we need to do is get back to basics. You know, like less pomp and circumstance and more celebration! We need less emphasis on conservative politics and more on community involvement, like setting up a soup kitchen or distributing donated clothing and furniture. And let’s not forget less emphasis on money and more on Spirit-filled preaching, fewer demands for tithes and prayers forevermore for the healing of souls.

“A feeling of fear came over everyone as many amazing things and miraculous signs happened through the apostles.” In other words, the apostles performed miracles that literally scared the onlookers, but not to the point of scaring anyone away. Also, notice that the breaking of bread was not about coming to a free meal, it was about Holy Communion. And prayer, which is fundamental and crucial to anyone’s Christian faith, is given equal footing with the breaking of bread — meaning every time we pray, our prayers are another form of communion as we converse with the Lord in reverence and humility. Soon, a form of communalism was established. Like Jesus said to the rich young man, these people sold whatever they owned and pooled the proceeds. Jesus also taught us not to collect treasures upon earth, but in heaven (see Matthew 6: 21). There was no lacking for anything, and everyone loved and looked after each other unconditionally.

“All the believers kept meeting together, and they shared everything with each other. From time to time, they sold their property and other possessions and distributed the money to anyone who needed it….. They were joyful and humble as they ate at each other’s homes and shared their food.” Contrast this with our situation today, and we find a stark contrast indeed! The majority of people today, based on personal observation, are convinced that life is all about seeing how much they can get, and what they can attain in areas of human achievement. In fact, life is all about the legacy we leave behind after we’re gone. What they did back then would be like people today selling their properties, their cars and SUV’s, and cashing in their investments, and then turning around and giving away the proceeds. Today people like that are called philanthropists, and they are all very wealthy. But in the days of the early church, everybody was doing it, and that, my dear people, makes all the difference in the world! The time has come for everyone to cease being servants of only themselves, and to begin becoming servants of everyone else. It’s about proper priorities, people!

“….they praised God and had the good will of all the people. Every day the Lord saved people, and they were added to the group.” Every day they went to the Temple, every day they had a sunrise service there as they praised God, and everybody evidently really loved these early Christians for who they were and how they lived. Those that were able-bodied enough to work did so, and still others owned businesses. They took in the sick, the homeless, the alien, the mentally ill and the elderly, plus widows and orphans and looked after them, no questions asked. I’m sure you have noticed that at least a few so-called “conservative Christians” would recoil at the very idea of lending a helping hand to a Mexican migrant worker or a homeless person.

The early Christians who truly lived their faith as a lifestyle weren’t caught up in the ”rat race’ like we are today. If fact, the early Christians couldn’t have cared any less about their careers, their investments, and making sure they have the best of everything all the time like we do today. They weren’t materialistic like we are today. It was about a people and a faith, a church with a whole new way of living and a fresh paradigm of thinking. You know, like the kind of church we need today? The church we urgently, desperately need? Let’s all contemplate different ways to put that into action in our own lives, and next week we’ll start on chapter 3.