St. Steven Is Put On Trial 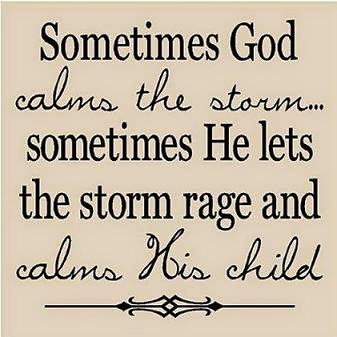 When we left off two weeks ago (and I thank you all profusely for your patience while I took a personal week off to catch up on stuff), we had just concluded chapter 6 of the Book of Acts, where Steven had been detained by the same authorities who had handed Christ over to Pontius Pilate. As with Christ, Steven was accused by the temple ruling council of what amounted to blasphemy (by their definition) and for incitement against those same authorities, charges Steven was innocent of. So today as we begin a 4-part series on Acts chapter 7, we find ourselves witnesses to these accusations, not to mention Steven’s spirited response to these charges. As we will see, Steven responds by giving the court a history lesson based on their own faith and what they believed in, which today we call the Old Testament.

“Then the high priest asked him, ‘Are these charges true?’ To this he replied, ‘Brothers and fathers, listen to me! The God of glory revealed himself to our father Abraham while he was still in Mesopotamia, before he lived in Haran. ‘Leave your country and your people’, God said, ‘and go to the land I will show you.’ So he left the land of the Chaldean’s and settled in Haran. After the death of his father, God sent him to this land where you are now living. He gave him no inheritance here, not even a foot of ground. But God promised him that he and his descendants after him would possess the land, even though at that time Abraham had no child. God spoke to him in this way: ‘Your descendants be strangers in a country not their own, and they will be enslaved and mistreated four hundred years. But I will punish the nation they serve as slaves’, God said, ‘and afterward they will come out of that country and serve me in this place.’ Then he gave Abraham the covenant of circumcision. And Abraham became the father of Isaac and circumcised him 8 days after his birth. Later Isaac became the father of Jacob, and Jacob became the father of the Twelve Patriarchs.‘” (Acts 7, verses 1-8)

‘How do you plead to these charges, young man?’ Imagine a young man in his thirties being brought under court order before a grand jury, or a Congressional committee in Washington, D.C. The overall attitude of sheer contempt these men had toward Steven was far greater than the Biblical text belies, and you can all be sure Steven was being spoken to in a very condescending manner. Steven, being the man he was, with a seemingly soft exterior that concealed a rock-solid constitution and an extremely sharp mind, listened patiently to the phony ‘charges’ made against him by the Sanhedrin. Only when it comes Stephen’s turn to respond does he open his mouth for the first time, and he starts out by giving the court a history lesson on the very same beliefs – that of Judaism – that he is accused of blaspheming.

The frame of reference Steven is referring to as he begins with the story of the beginning of the Jewish nation comes from Genesis chapter 17 (as we know it today), although to acquire the full history of Abraham one could begin reading from chapter 15. But everything written in this portion of the Bible about the life and rich history of Abraham is what Steven is relating to the court. To explain this another way, Steven is giving the court a taste of their own medicine by ‘presuming to teach’ the court, except that Steven is filled with the Holy Spirit. For additional references on what Steven lectured the court about, the story of the birth of Isaac can be found in Genesis chapter 21, and the story of Jacob and his 12 sons can be found in Genesis 29 starting at verse 31 all the way to Genesis 30, verses 1-24. And so now let’s keep going starting at verse 9 of Acts chapter 7.

“Because the patriarchs were jealous of Joseph, they sold him as a slave into Egypt. But God was with him and rescued him from all his troubles. He gave him wisdom and enabled him to gain the goodwill of Pharaoh, king of Egypt; so he made him ruler over Egypt and all his palace. Then a famine struck all Egypt and Canaan, bringing great suffering, and our fathers could not find food. When Jacob heard there was grain in Egypt, he sent our fathers on their first visit. On their second visit, Joseph told his brothers who he was, and Pharaoh learned about Joseph’s family. After this, Joseph sent for his father Jacob and his whole family, seventy-five in all. Then Jacob went down to Egypt, where he and our fathers died. Their bodies were brought back to Shechem and placed in the tomb that Abraham had bought from the sons of Hamor at Shechem for a certain sum of money.” (Acts 7, verses 9-16)

First of all, you have undoubtedly noticed that Steven has still not answered the high priest’s original question, “Are you guilty of these charges?”. Steven was pointedly refusing to even so much as acknowledge the question. In a modern courtroom this would be tantamount to refusing to enter a plea. The person doing so would be overruled, assigned a court-appointed lawyer and jailed, with a bail hearing “to be assigned”. There were no such provisions under the law during the 1st century, nor were there until the Magna Carta came along nearly a century later. Steven instead continues to lecture those who had presumed to lecture him due their abuse of the court’s authority in leveling the false charges Steven was bravely facing. In this passage, the frame of reference for Joseph being put in charge of Egypt and Pharaoh’s palace begins at Genesis 41: 41, and the story of the 2nd journey to Egypt by Joseph’s brothers begins at chapter 43. Later in Genesis, Jacob goes to Egypt, never to return to his ancestral land that comprises much of modern Israel today, starting in chapter 46. And now let’s conclude part 1 of this week’s study of Acts 7, beginning at verse 17.

“As the time drew near for God to fulfill his promise to Abraham, the number of our people in Egypt greatly increased. Then another king, who knew nothing about Joseph, became ruler of Egypt. He dealt treacherously with our people and oppressed our forefathers by forcing them to throw out our newborn babies so they would die.” (Acts 7, verses 17-19)

So Steven is comparing the great increase of Israeli slaves in the Egyptian Empire of its day to the great increase in the number of fervent believers in the faith that Steven was on trial for. He then compares the next Pharaoh, who “dealt treacherously” with the ancestors of Judaism – their own ancestors – as being like the court at that present time because of their persecution of Christianity in general, and himself in particular. But Steven doesn’t stop there. He’s already on a roll, as you will see when we move on to part 2 of chapter 7, the whole of which is Steven’s testimony and defense. To find out what gets said and what happens next, I’ll see you all next week for part 2 of Acts chapter 7.