The Apostles and Simon the Sorcerer 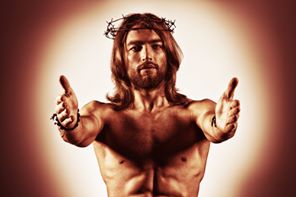 Last week when we left off at verse 3 of Acts chapter 8, we all became better acquainted with the story of Stephen, the first martyr of Christendom after Jesus Christ. As you recall, Stephen defended himself with the Word of God. He spoke truth to power, and it cost him his life. St. Stephen’s brilliant use of the Scriptures as his defense against the Sanhedrin was exemplary for Jesus followers everywhere. It also illustrates the importance of knowing the Scriptures, whether it be for one’s own defense or for leading another to Christ. This week as we go deeper into chapter 8, Stephen’s execution had set off a massive crackdown on what was then known as The Way. The early Church in Jerusalem and the surrounding countryside had been scattered to the four winds, and so we will pick up right from that point, beginning at verse 5.

“Those who had been scattered preached the Word wherever they went. Philip went down to Samaria and proclaimed the Christ there. When the crowds heard Philip and saw all the miraculous signs he did, they all paid close attention to what he said. With shrieks, evil spirits came out of many, and many paralytics and cripples were healed. So there was great joy in that city. Now for some time a man named Simon had practiced sorcery in the city and amazed all the people of Samaria. He boasted that he was someone great, and all the people, both high and low, gave him their attention and exclaimed, ‘This is the divine power known as the Great Power’. They followed him because he had amazed them for a long time with his magic. But as they believed Philip as he preached the good news of the kingdom of God and the name of Jesus Christ, they were baptized, both men and women. Simon himself believed and was baptized. And he followed Philip everywhere, astonished by the great signs and miracles he saw.” (Acts 8, verses 4-13)

Notice that first sentence, ‘Those who had been scattered preached the Word wherever they went.‘ These people had just been run out of Jerusalem, barely escaping with their lives, and immediately afterward they’re doing the same thing that nearly got them all killed! For myself at least, I find this truly remarkable. The martyr Stephen’s irrepressible spirit and dogged determination was reflected in the zeal and enthusiasm of the early Christians as they propagated the Gospel of Christ all over the Middle East and Asia Minor. They let nothing stand in their way, and we should see our own faith in much the same way. “Philip went down to Samaria and proclaimed the Christ there. When the crowds heard Philip and saw all the miraculous signs he did, they all paid close attention to what he said.” Why was this so? Because Philip had authenticity! He spoke with an authority that was the ‘real deal’. This was not only because he was one of the Twelve, but because he had the indwelling of the Holy Spirit, something he had possessed ever since the first Pentecost.

Contrast this with today’s pastors who run their churches like businesses, and with TV evangelists who pack churches and auditoriums with what amounts to their book customers. To say there is a noticeable difference between the Twelve and many of today’s churches and denominations is like saying these is a huge difference between a flower and a tree. There is really no comparison at all! “With shrieks, evil spirits came out of many, and many paralytics and cripples were healed. So there was great joy in that city.” When was the last time you saw this happen in a modern church? I’m not talking about the “faith healers” on ‘Christian TV’ who walk right up to people and knock them off their feet. That’s not healing, that’s called “simple battery”, a case that should be heard in a criminal court. I’m talking about authentic healing. Genuine divine healing isn’t even done in public in full view of TV cameras. You have to be there to see real divine healing up close and personal. The list of documented examples is nearly endless, just log on to your You Tube account and search that.

“Now for some time a man named Simon had practiced sorcery in the city and amazed all the people of Samaria.” Evidently this man Simon had quite a following, much like a celebrity would today. He was also making a very respectable income from his evidently uncanny abilities, either as a sorcerer or a con artist, depending on your point of view. Unfortunately for Simon and all others like him, sorcery is witchcraft, a form of devil worship known as Luciferianism. All these things are of the occult, which is basically Satanism, and they are expressly forbidden by the Lord throughout the Bible. “But as they believed Philip as he preached the good news of the kingdom of God and the name of Jesus Christ, they were baptized, both men and women.” What’s so unusual about this? Look more closely at those last 6 words, ‘they were baptized, both men and women’. Prior to the arrival of Christ and his ministry, women were – and oftentimes still are – treated as 2nd class citizens. But as was the case with Mary Magdalene – who was and still is sometimes called “the thirteenth apostle” – so it was with the early church. Men and women were treated as and considered to be equals.

“Simon himself believed and was baptized. And he followed Philip everywhere….” Simon was probably a man of little education. Aside from his sorcery ‘enterprise’, he was probably just another face in the crowd. So it does not take a well educated individual to realize the validity and authenticity of the Gospel of Jesus Christ. In fact, formal training can sometimes get in the way. That’s why so many scientists are atheists. But Simon the sorcerer needed no deep contemplation or extra urging because he knew a good thing when he saw it, and I think he saw or felt the presence of the Lord too. And now let’s move on to part 2 of this week’s lesson, starting at verse 14.

“When the apostles in Jerusalem heard that Samaria had accepted the Word of God, they sent Peter and John to them. When they arrived, they prayed for them that they might receive the Holy Spirit, because the Holy Spirit had not yet come on any of them; they had been simply baptized into the name of the Lord Jesus. Then Peter and John placed their hands on them, and they received the Holy Spirit.” (Acts 8, verses 14-17)

As before, there is much more to verse 14 than meets the eye. The Israeli Jews of that day had nothing to do with Samaritans, and that worked both ways (see John 4: 9). The Samaritans of that day are the descendants of a sizable portion of today’s Palestinians, so now you know why they couldn’t stand each other. So the Samaritans were among the first Gentile believers. OK, now I want you all to think back to when we were studying Acts chapter 2. Peter and John were both orthodox Jewish men by today’s standards, so under normal circumstances the Samaritans and themselves would never have associated with one another. So it’s interesting that the Twelve sent those two men to Samaria.

“When they arrived, they prayed for them that they might receive the Holy Spirit, because the Holy Spirit had not yet come on any of them; they had been simply baptized into the name of the Lord Jesus.” This is one verse in the Bible that a few Protestant denominations, as well as the Vatican, can’t seem to wrap their brains around. That’s because even though they profess belief in the Holy Spirit of our risen Lord and Savior, they don’t believe in Holy Spirit baptism even though Jesus spoke about it at length (see John chapter 3, verses 5-21). But as you can clearly see from the above quote from the writings of the apostle Luke, there are two baptisms, not just one. There is water baptism which comes first (see Matt. 3: 13-16), followed by Holy Spirit baptism, and these two rites of Christendom must be performed in that order. Otherwise, it’s heretical and contrary to the Spirit.

“Then Peter and John placed their hands on them, and they received the Holy Spirit.” Notice that the Bible says nothing about what the Samaritans did after receiving their Holy Spirit baptisms. One thing I’m sure about – those Samaritans didn’t start babbling a bunch of unintelligible stuff that no one can understand, such as what happens in most “charismatic” churches today. In all likelihood they began to prophesy, or proclaim the Word of God with relevance to certain people, places or things. As you will recall from the first book in this series on the writings of the apostle Paul (you can get more info from this link), out of the nine gifts of the Spirit (see 1st Corinthians chapter 12), the ability to prophesy is at the top of Paul’s list of these gifts. Speaking in tongues and the interpretation of tongues are the last two that the apostle Paul listed. So we can accurately conclude that Holy Spirit baptism is necessary in order to be qualified for a position of leadership in any house of worship, regardless of denominational affiliation. And it’s an essential ingredient in our faith as well. That’s all for today, and next week we’ll move on to part 2 of Acts chapter 8.