What It’s Like for a Technology Guy to Have to Do Without a Computer for an Agonizing 19 Days, or: The Lessons On Patience That God Just Took the Time to Teach Me 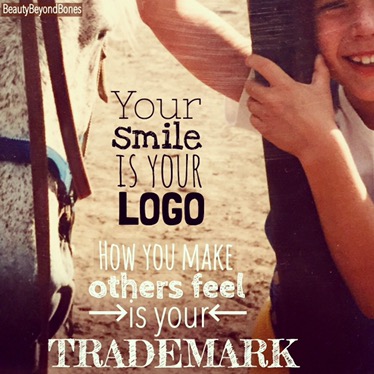 By now most of my regular readers have seen the automated postings coming from myself, sent from public libraries, a Fed Ex Office downtown that’s conveniently located just a block from the subway station, and a suburban UPS Store, all with IP addresses you’ve never seen before. Hopefully those postings didn’t end up in someone’s ‘spam’ folder in their inbox. But I’m back now with a newly rebuilt desktop PC, having been forced to scrap my old HP Pavilion notebook. Not to pan HP’s products – my old portable was a 2012 model, a Pavilion 2340DX, so it lasted nearly 7 years; that’s pretty darn good.

It all started when my notebook computer started acting cranky. Actually, it had been that way for weeks. Once I realized it wasn’t a virus, I immediately backup up my hard drive. I later discovered that I got all but about the last 3-4 weeks worth of my postings, which partly defeated the purpose of my data backup. But that is when the real “fun” began. That’s when I rediscovered an old truism called “Murphy’s Law”. In case some of my younger readers haven’t seen this one before, it simply means: “Anything that can go wrong, will go wrong, and at the worst possible moment.”

So there I am with a broken computer. So? So I have 2 websites, 2 blogs, plus a social media campaign that I was about to launch when all this happened, all at once. So I ordered 2 replacement parts for my notebook from 2 different suppliers, paying both of them extra money to send the parts 2nd day air. Instead, the parts arrived 2 days late, sent USPS Priority. Their priority, I suppose, it sure as hell wasn’t mine! You’ve already guessed the 2nd part. The wrong parts were sent by both suppliers. So I sent a brief social media post to my subscribers telling them why there wouldn’t be any postings for that week. Back the parts went, at which point I was forced to the conclusion that my formerly trusty notebook PC was not going to be worth the effort to repair. Not while my blogs and websites sat idle. No way.

So back to the public computers I went, this time to order a replacement desktop PC and monitor (I had a used 750Gb hard disk I was going to use). I stuck with the UPS Store for this one, since it was the closest and had the most secure network. In the meantime, a new but fairly basic model ‘smartphone’ that I ordered had arrived, and I began the frustrating task of learning how to use it (it was my first touch screen device, since I had been hanging on to my old flip phone for eons). After 3 more days, the computer arrived on time, but the monitor didn’t arrive until (predictably) 2 days later, and it was broken when I opened the box. Back to Fed Ex Office, this time for a 2nd social media update to be broadcast with Zoho.com, my social media manager app, updating everyone on my current status.

By this time I had received the refunds from the first two suppliers, so I went out and put most of that money into a used 19 inch monitor. Eager to get cranked up again, I went home and hooked everything up, only to find the hard drive I was going to use was defective. It had worked at one time, having tested it myself, but it wouldn’t work with my replacement computer because it’s a Dell, and sometimes Dell’s can be picky about what hard drives and expansion cards you can use with them. I should know – I’m retired from IT with 21 years in the business. So back to the local parts store I went, where I had sourced the monitor, and I found a new 1Tb hard disk drive at a reasonable price. It’s now installed in this rebuilt Dell tower I own, and I’m back in business. Thank God my computer skills aren’t as obsolete as the majority of Atlanta employers seem to think they are. But this seems to be the lot for older tech workers like myself.

All this has been a nerve wracking adventure, to say the least. But I didn’t lose my cool, or go off and snap on somebody, although I do remember having a few choice words for my new phone as I was learning to use it. The waiting for the parts was nerve wracking, that much is for sure. That, and the feelings of helplessness while I waited for my parts to arrive. This whole ordeal has, at several points, nearly drove me crazy. But the Bible, which is like a human owner’s manual, has plenty of things to say about the ways in which God develops patience in his followers. In this context, that means acquiring the skills to be able to put up with seemingly impossible situations.

The apostle James had this to say about enduring impossible people and situations: “Consider it pure joy, my brothers, whenever you face trials of many kinds, because you know that the testing of your faith develops perseverance. Perseverance must finish its work so that you may be mature and complete, not lacking anything.” (James chapter 1, verses 2-4) Again further down in verse 12 of that same chapter, James wrote, “Blessed is the man who perseveres under trial, because when he has stood the test, he will receive the crown of life that God has promised to those who love him.” This means that to follow Christ sometimes means putting up with a lot of people’s junk, especially when they drop it in your lap, as nefarious individuals and circumstances are so prone to do.

So as I close out this week’s message, I’d like to publicly thank God for putting me through what he has over the last 2 ½ weeks. I’m a stronger man because of it, and a little wiser too. I was already a fairly patient man, but now I’m even more so. Some would complain about going through what I just did, being faced with the possible loss in followers if I didn’t get my technical issues fixed. At one time way back when, I was a lot like those who want everything right now, or even yesterday if it were possible. But not anymore, because God has shown me the folly of such obstinate thinking. My point? Had God not taken the time to teach me these things, I would never have learned them. Not only that, but had I not made myself receptive and completely open to God’s teaching over these last 60 years, what I just went through would have sent my entire life down in flames. My whole purpose, which is sharing God’s teachings on the Web, would have been in jeopardy. But I am intact because He has made me so. And next week, I’d like to write about what would happen to us if the internet ceased to exist, owing to the fact that I just had a similar experience. Until then, shalom everyone!